Why It’s Worth it to Fight a Traffic Violation 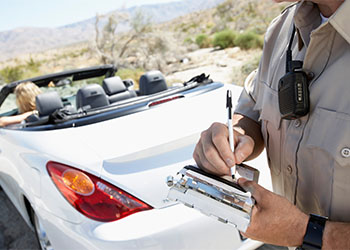 Most of us assume the occasional traffic violation is par for the course in an average person’s life, and the best way to handle it is to just pay the fine. However, in many cases, it will be worth the time and effort to fight these charges, especially in New York State and other states that use a point system for driver’s licenses.

If you’ve recently been issued a ticket in New York and are wondering, “Should I fight my traffic violation?” give attorney Michael Kuzma a call. His office is located in Buffalo, New York, but he is also able to represent clients in city, town, and village courts throughout New York State. Don’t assume that your ticket isn’t worth fighting—reach out today to schedule a consultation.

Central to deciding whether a traffic violation in New York is worth fighting is understanding how the point system (called the “Driver Violation Point System”) in the state works. The majority of states and provinces in the United States and Canada have some sort of point system for driving, but each state and province prescribes how its own system will work. Essentially, points are added to your driving record for certain traffic violations and once you hit a certain number of points, your license is suspended. In New York, if you receive 11 points within an 18-month period, your license may be suspended or even revoked. Eighteen months after the citation was issued (not the date of your conviction) the violation will stop counting toward your point total.

You can also gain five points for reckless driving, five points for improper cell phone usage, three points for running a red light, and two points for failing to signal a turn. It’s worth noting that not every traffic ticket you receive results in points, and there are many violations that aren’t considered “reckless” driving that won’t affect your record. Examples of these are having tinted windows, having faulty equipment, parking violations, bicycling violations, unlicensed and uninsured driving, or emissions violations.

Possible Penalties for a Traffic Violation

In addition to the fines and fees associated with a conviction for a traffic violation, many people will also see their insurance premiums go up with each conviction. The effects on your auto insurance are not set by the state and instead each provider can make their own determination on how many points result in a premium increase, but you can often see rate hikes after just one ticket. The best way to know how your insurance will be affected is contacting your carrier directly or reviewing your policy documents.

Of course, one of the most consequential penalties is having your license suspended because this can affect many aspects of your life such as getting to and from work or transporting children or other members of your family. Because of these risks, it’s almost always in your best interest to speak with a criminal defense attorney about fighting a traffic violation.

After our initial consultation, I’ll begin to gather evidence about your specific situation and work with you to come up with a solid defense strategy that gives you the highest probability of success. Sometimes winning a case like this is as easy as simply showing up to court when the officer who issued the violation does not. However, you should never count on this as a legal strategy. In some cases, you may have an argument that the officer actually didn’t see you commit the violation and was instead relying on a camera or other speed detection device that may have been inaccurate. For example, if a radar gun isn’t calibrated and maintained regularly, it won’t take accurate readings and this may have been the case with your violation. It’s also not uncommon for an officer to make an error when issuing a ticket or not supplying a supporting deposition, and when this happens you may be able to get the entire ticket dismissed.

Almost everyone will be pulled over by a police officer at some point in their lives and be issued a ticket. In some cases, you’ll be content simply paying the fine and moving on with your life, but in other cases, you should seriously consider fighting it to avoid what could be long lasting penalties. If you received a ticket in New York State, call the Law Office of Michael Kuzma to discuss your options.